For children! There should be a

As long as it's about children, parents do their best. In order to make their children eat healthy, working mothers who seldom cook can become experts in cooking; in order to give their children a greater chance to enter a famous university, parents can not hesitate to bear a huge financial burden to buy school district houses. Children are not only the hope of parents, but also the future of the whole society and the country. For this reason, the state continues to increase investment in education, and issues policies and regulations to protect the physical and mental development of minors. So, in the face of the huge challenge of climate change, which is considered by experts to be one of the most important public health threats facing all children at present and in the future, [1] how do parents choose?

On November 14, the world's top medical journal, the lancet, published the report on human health and climate change in 2019 (hereinafter referred to as the "Lancet report"). Under the title of "ensuring that the health of every child born today is protected from the impact of climate change", the report puts children's health at the forefront. It also analyzes two scenarios:

Under the development path of the baseline scenario, children born at present will probably live in a world with a temperature higher than 4 ℃ before the industrial revolution. Their infancy, adolescence, adulthood and old age will be deeply affected by climate change, including malnutrition caused by the decline of food production, increased transmission of infectious diseases such as diarrhea, dengue fever and Vibrio, and air Increased pollution, increased extreme weather events, and greater exposure to high temperatures and heat waves. [2]

Under the low-carbon development path, if the Paris Agreement is achieved to control the global average temperature rise in this century within 2 ℃, children born today will see the UK and Canada eliminate all coal before the age of 6 and 11 respectively; see the ban on gasoline and diesel vehicles in France before the age of 21; by the age of 31 in 2050, the world will achieve net zero emissions. This low-carbon development path can bring cleaner air, safer cities and more healthy food, as well as more investment in health care system and important infrastructure, so that the health level of children born today will be higher than the "benchmark scenario" for life. [3] 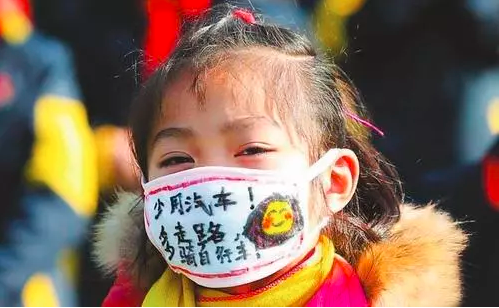 Children bear a higher health risk of climate change than adults. In 2015, the American Academy of Pediatrics published a global climate change and children's health report, which comprehensively discussed the impact of climate change on children's physical and mental health. According to the report, children are at the stage of growth and development, with higher unit weight exposure to air, food and water, as well as unique behavior patterns and dependence on caregivers, making them particularly vulnerable to climate change. It is estimated that 88 per cent of the global burden of disease due to climate change will occur in children under five, including industrialized and developing countries. However, compared with other health burdens, the global health burden caused by climate change lacks more detailed quantitative evaluation. [4]

The impact of climate change on children's health includes not only the direct health damage caused by heat wave and extreme weather, but also the long-term and far-reaching impact on children's physical and mental health by changing the ecological environment on which human beings live and destroying the living communities such as families and schools. After Hurricanes Katrina and Rita in 2005, more than 5000 children were separated from their families, some of whom were reunited months later. On average, children displaced by Hurricane Katrina experience three moves per child. It is believed that it takes four to six months for a child to adjust and resume his or her studies after he or she moves to another school. In the year after Hurricane Katrina, affected Louisiana public school students who had been relocated did worse on average in all subjects and grades. In addition, these students also have a variety of problems related to attendance, academic performance, behavior and mental health. [5]

Looking back at the two scenarios above, it is not difficult to distinguish which is more beneficial to children's health in the "baseline scenario" and "low carbon path". The key is to recognize the urgency of time and take urgent and effective measures. A number of indicators from the lancet report show that the effectiveness of climate change mitigation actions is not significant. [7] if we make an in-depth assessment of the health benefits of coping with climate change and the necessity for the healthy growth and development of the future generation, the query on accelerating the low-carbon transformation may seem weak.

2. The wechat article of the Department of earth system science of Tsinghua University "to ensure that the health of every child born today is free from the impact of climate change - the 2019 health and climate change report of" the countdown of the lancet 2030 "is released in Beijing".

7.The2019 report of The Lancet Countdown on health and climate change: ensuring thatthe health of a child born today is not defined by a changing climate, Nov. 13,2019. https://www.thelancet.com/journals/lancet/article/PIIS0140-6736(19)32596-6/fulltext

This is the original article of REEI. Please contact authorization for reprint and indicate the source.

For article cooperation and authorization, please send email to: liying@reei.org.cn